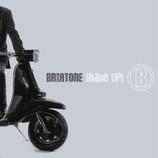 From which part of spain do you come from?

We come from Marbella (Málaga), a well known coastal city from the beautiful southern part of Spain, called Andalucía.

When we looked for some information of the band "Briatore", it was very difficult to find some (in german or english language).What is the reason for this restraint?

Yes, you are right. We always sing in English but in our daily lives we speak and write in Spanish, so… we're very sorry, mate. But it's true, we are going to translate all our website. Good advice. Danke, mein freund.

When do you have decided to play mod-music? And what was the motivation?

It happened a long long time ago, in the mid eighties . Once upon a time a band of guys about eighteen years old from Marbella's high school, who were fans of The Specials and Madness, tried to imitate the 2 Tone sound. I don't know if we got it, but we really enjoyed it. And we felt very proud seeing all the crowd dancing with our tunes (Monkey man, A message to you Rudy, Night boat to Cairo, One step beyond… ). Some of those guys are playing now in Briatore. The rest of the band were some of those crazy dancers.

Your bandname is Briatore. By searches we came over and over again into Flavio Briatore, the former team boss of Benetton and Renault in the formula one. Coincidence or intention.

Coincidence and intention. Firstly we were looking for an Italian name, because we love the Italian culture (movies, sixtie's songs, scooters…), so we started writing a lot of names on a paper but we did not like any of them. Just when we were about to think of another kind of names, someone suggested the name of Briatore, and its sounded really nice, although we did not feel really identified with the famous millionaire at all. Then someone began to talk about his girl, his boat and decadent lifestyle...and silence did the rest.

How would you describe your music?

We believe it's a mixture of different types of musics. Sometimes you can hear the typical sound of the garage music valves, at other times perceived echoes of soul music, and most of the time the classic syncopated rhytm of the 2 Tone music.

What is it in your texts about? Are these the same contents like in the Sixties?

Not exactly. Although we write songs about parties and fun,most texts talk about feelings: anger, disappointment, doubts, reflections, love… We don't talk about a single topic, so we give great importance to the lyrics. In some of our texts, specially in our previous cd (A way of life), you can feel the influence of The Clash, a band we love.

There are clear elements of Ska also in the luggage. How do you stand to the Ska?

Ska is always present in our music. A transversal element through the songs.You can hear it in a bass line, in a drumbeat , in the classical sound of keyboard and, obviously, in the rhytm guitar. Ska is very important in our career, we even have a song called Skankin 'tonight in this album, but we try not to imitate this style one hundred percent, it is just an influence. We think that all bands should try to show their own personality in their compositions. It's evident that we sound more European than Jamaicans. We formed other bands before Briatore: La leshe que mamate, Los talones, Plan 9 ... Long story always around the same musical style: Ska.

Your newest CD called "Wake Up!". Do we sleep all the time? And what do we have to expect, when we wake up?

No doubt. We realize that the world population is under control of the powerful people. Dress, sing… eat even what we're told. So, it's necessary to wake up! It's almost the world George Orwell described in his books, and we should not allow it. We believe in changes, in a better world. It's not easy, but everyone should try.

You call the love and fascination to the Sixties, Vespas and Lambrettas on your webpage also a sort of fetish. To what extent does the Mod style and the Sixties also stamp your private life?

As our song tells: it's a way of life. We are not actors. In fact we are members of Scooter Club Marbella and our aesthetic, indeed, is characteristic of the mod world. Some of us often select music at parties where everybody dance to soul, ska, northern, early reggae… But following the sixties scene does not mean nostalgia, there are many current bands that we like. And… yes, as you read, we are a sort of fetishistic who love collecting comics, movies, fanzines… Yes, we are really very sixties, but we are open to all kinds of sounds derived from that scene.

Is there a special scene for the style and music of mods in spain in our days?

There is not a very common scene throughout the country, nor intend it that way, but enough to have a circuit of clubs, companies and festivals. Obviously we are always talking about a small scale. But enough. Not talking about mainstream, it's just a minority, but the best, of course. The best time of the mod scene in this country was in the mid-eighties. But still alive. We're on it.

Also in the film "Quadrophenia", which virtually belongs to the Mod-movies, society-political messages is absolutely recognizable. Spilt for you politics a role?

Everything contains politics, all comments contain politics, it's inevitable that the politics does not appear in the texts. But we try not to be explicit. We prefer that people draw their own conclusions. Obviously you can see that we are not very happy with the way the world goes, but we do not enter the game that define ourself politically.

If there was a time machine, would you live rather again in the Sixties?

Not in Spain, of course. But… maybe in the swinging London. Why not? The problem would adapt back to a world without modern technology.If someone invented a time machine ... would have to think about it.

Does the style also have visible influence on your stage show?

It's easy to know about our style on stage: just taking a look to the brand new video clip of our song "Troubles" (Youtube). I think our main influence on stage are The Specials, but many people say that our sound and attitude are more acid, closer to the garage scene. As Oasis said: Definitely…maybe.

On your concerts, do have rockers house ban? * laughs * Which types of people hear your music? Which clientele comes to your concerts?

Ha ha ha, absolutely. There are no problems at our concerts. This is not Brighton, not the London of the late 70's. We know the conflict between mods and rockers or between fascists and sharp, but we don't play music for riots, we do it just for fun. So easy. So everyone who wants to have a good time is welcome at our concerts.

With which band would you like to play a show?

Obviously playing with The Specials would be awesome. We grew up dancing to their songs and making covers of the band of Coventry. Now we have our own style, but don't forget the begginnig.

We would be very glad to see you also sometimes live in Germany. Is there a chance?

Briatore begins as a group of friends getting together to make music that would like to dance at a concert.Two albums later, things are going quite well… you never know. Why not?

What stands in a queue in new projects?Other publications planned?

Yes, we are over forty years old, it's just too late to stop! As soon as we finish this album, we have already started writing new songs again and keep talking about the script of our next video clip. Our "disease" has no cure. It was a pleasure to answer your questions. Greetings from southern Spain.Keep on skankin'!

Thank you very much for the interview and your time.