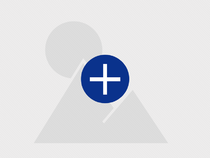 hope you had a good travel home .)

now i want to start the interview.

first: here is the link to the mag http://www.wahrschauer.net/

if you want i can send you a magazin.

cause i dont know so much about risque, i have your cd and saw you live. thats all.

so i had no chance to do my homework.

so, we have a lot of time and can send two or three mails befor we end.

its not sure that everythink that i aks you will later in the printmag. if im totaly wrong with my questions i kick it out.

it will be not such a big interview cause it will be a part of a france special, so i have ask also some questions about you and the musicscen in france. the release from the report will be in the late summer.

if you want somethink special to say whats could be important for you, just tell me about it, ok? :)

and: dont be anger of my bad english :)

huw, you came from england welch.

your wife Nathalie, who is the singer of risque, is french.

how do you met each other.

and when your are started the band?

Who writes the songs from you? did you write the music and nathalie the lyrics?

your lyrics are very sexualiced. is this somthing whats so important for you that you want to write about it, or is it more: "thats a cool track so we need very cool lyrics?"

On stage (and special on your videos), you also go one step further. Nathalie is a very special actress and performer, but you also have two fetishmodels on stage who underlined your songs with little bondage and soft sm perfomances.

thats big entertainment but it diverted the attention from nathalie.

youre album "Tie Me Up, Tie Me Down" was released by the french label "Some bizarre".

I saw that you have lot of collaborations with other artists on it.

6 of the 12 songs are collaborations.

You work with Pravda, where you had recorded your cd, on the songs PLASTIC LOVERS and the Talking Heads Cover PSYCHO KILLER.

On the song PUSH THE BOTTOM you ll support by Billy Ray Martin the dance pop Diva.

And very special: the duett with the New York City’s legendary transsexual sexbomb and muse of David LaChapelle, Amanda Lepore.

Your are very based in the french music scene. What do you like on it, specialy as an English Guy? What do you think is the mains differens between the english and french scene?

France is very popular for their electromusic. It starts from the pure electrocombos like jean michel jarre and daft punk and ends with the france electropunkbands like la phaze, undergang or dead sexy inc. so, whats your favorit or maybe an influence?

In France there is the legendary french quotation in the radio. do you think it would be easyer for you in france when nathalie would sing in french, or is this not thinkable?

Are there any plans to release your Cd in Germany or to make a Tour here?

thanks for the interview, huw