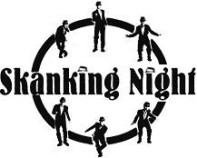 This was a concert that I would really really liked to organize by myself but I could not come along with the payment of the Arena. I was looking forward to that concert although their last album was not as good as the ones before. The Arena was packed and the party was really great. I love songs like… and they always make me dance.

This night was a mix of a live performance of Austrians best Ska/Early Reggae/Rocksteady band, The Riddimstix, and the best DJs, DJ Jörg Recordshack and DJ LeeVanCleef. The idea behind the event was to perform Skinhead Reggae classics from the Sixties. So The Riddimstix and I decided to form a set that should fulfil these requirements. The set included songs like "Tea House from Emperor …" by Joe Mansano, "Skinhead dem a bash" by …., "Green Onion" by …, "The Champ" by The Mohawks, "Conqueror Ruler" by Derrick Morgan,…..

I was really looking forward to that concert and it seemed that a lot of other people were fascinated by that idea. The location was really packed and the party started from the first tune of the Riddimstix. Especially the Medley, which included ……, and songs like "Green Onion" or "Tea House from Emperor" were really amazing. For me it was the first time that I heard these songs live and I hope that the Riddimstx will play them live again. That night really showed again that the band can easily keep up with the best bands in Europe.

The aftershowparty by DJ LeeVanCleef and DJ Jörg Recordshack promised a long long night full with Ska, Early Reggae and Soul tunes. It made me happy that a lot of people stayed and danced to the 7`-inches of the sixties.

The last Skanking Night of the year 2008 brought one of my favourite Bands. The Moon Invaders * from Belgium are fascinating me since their first Album and their latest "Moovin Groovin`!" is in my opinion really a master piece. The band never played in Vienna before and this should not be the only premier of that night. For the first time since I organized concerts, the Skanking Night took place at the Viper Room. The club is really nice.

But now back to the concert. The support bands that night weren`t really a highlight. First a Danish band called Teknisk Uheld played a crazy Mix of Rock music with a brash section. The second band was from Vienna. Car Radio Band is a new Ska-R`n`B-Jazz band which already released an Album. The songs on that longplayer seemed to be quite good and some songs were really not bad but as soon as their MC came on stage the crowd did not know what to do. So this time I did not really had a lot of luck with the support bands.

But the Moon Invaders were really like from another Space. From the first song on the band showed that they already one of the biggest bands in Europe. Their set included own songs and some classics like Alton Ellis`s (R.I.P) "Dance Crasher" and of course some songs from Doreen Shaffer. The night was really a great party and I had a lot of fun with the guys of the Moon Invaders.
The after show party was organized by the already well know DJs, LeeVanCleef and Jörg Recordshack who guaranteed a long night.

So the concert was really a nice ending of the Skanking Night year 2008. I hope next year as many people as 2008 (or more) will visit my concerts.

As the years before Mr. T-Bone* played his Vienna gig at the Ost Klub. But this time the concert was a co-organization between the Ost Klub and the Skanking Night.
The date Obama became President seemed to be a good day for dancing to really good Ska and Early Reggae beats. The Ost Klub was well visited and the party started from the first song on. The band presented their actual album "Heores" which includes some really fantastic tracks. Especially the songs I already knew " This is what I feel" and "Money" were performed with so much energy that hardly any feet could have stand still.

It seemed that the band really enjoyed the Vienna crowd because their set was really unusually long. The people thanked them with great applause and "Encore" shouts.
I enjoyed that night and hope to welcome the band as soon as possible in Vienna again.

As the first concert of the year 2009 was such a success, I hope that this year will be as successful as the one that past. I already have some concrete and interesting plans.

One goal is a recording session with Dave Barker and The Riddimstix in March. It will take place from the 12th - 10th. It will also include a small concert on the 15th.
In April I am planning to organize two concerts at the Ost Klub. One will be on the 5th with Green Smatroll from CZ, who already played as backing band from Roy Ellis. The other concert will take place on the 30th. This time the Two Tone Heroes from the Offenders will rock Vienna.
For the 4th birthday of the Skanking Night I wanna get another Jamaican Artist to Vienna. There are already some concrete ideas but nothing fixed yet. I hope I can report you more in my next letter.

Keep on skanking and greetings from Vienna!!!
Yours
Clemens