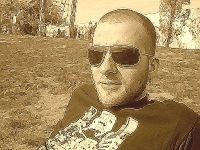 Back from mighty sounds festival we were so impressed by many artists of that festival.There where great shows by jamaica's old heroes DAVE BARKER and PAT KELLY. Great support by UK's INTENSIFIED of course! Uptempo Legends MR. REVIEW and MARK FOGGO were amazing and at sunday they were a unbelievable "Dirty Reggae Performance" by No.1 THE AGGROLITES. Also many thanks to DUB INC., OPEN SEASON, BLECHREIZ, THE OFFENDERS, especially CHRISTOPHER ELLIS, and POPEYE for their wonderful shows respectively some crazy talks and meetings. Mighty Sounds - see ya 2010!

Later in July there were a first date of the new concert series "REGGAE FROM THE GHETTO". Without THE THORPEDIANS who cancelled short dated their germany dates we had a fantastic night with rocksteady rockers THE SCORCHERS and one of my favourites THE MAGIC TOUCH. In my opinion with their dirty and rough reggae sound they are the finest band of the genre in germany these days.

Next weeks are very busy! In the next 2 months there will be concerts by SAKENOSAKANA ORCHESTRA* from japan, KEN GURU & THE HIGHJUMPERS, THE MAGIC TOUCH, BLECHREIZ, THE SLACKERS, and many more. Also we we'll celebrate two great release shows in our town. "Amsterdam Reggae Sensation" THE UPSESSIONS will come for a concert supported by Hamburg City's K-MOB but before Berlin Ska & Soul Legend THE BUTLERS will have their big reunion show in the Kesselhaus. We are curious about it!

In November there will be a big Reggae & Dancehall night called "SKA GOES DANCEHALL" with artists like DR. RING DING feat. SHARP AXE BAND an BONFYAH the fantastic reggae rookies of our city! Also we'll go to Cologne to meet some friends and bands at the RHINE FEVER III Festival. We're really looking forward.

Amigos - it seems like there will be many offbeatz the next time!