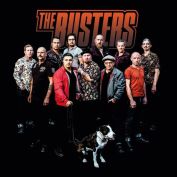 There is something dark, almost black, square on my desk. Looking out of the window, a boring mish-mash of heavenly grayscale and brick-colored back house walls is added. This melancholic mood comes to an abrupt end as soon as the new disc of The Busters rotates, which released in the middle of november in 2019 on the in-house label.

The eleven-headed combo The Busters might have thought, when approaching the new studio album "The Busters" that there’s no time for a thoughtful and nebulous winter blues. Straightforward, the album title is simply named after the bands’ name, as it is often done with first-time works.

It's already the 21st album among all other additional releases. Fascinatingly the veterans Markus, Jesse, Stephan Keller, Stephan Breuer and Hardy are still there and carry the original musical blood of the legendary "Ruder Than Rude" -CD from the year 1988 in their pulsating veins. Respect! 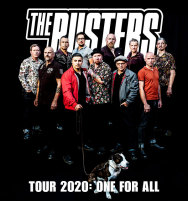 In fact people often don’t keep in mind that the songwriters do not always come from the front row as apart from Joe and Richie (vocals) also Stephan Breuer (drums) and Rob (trombone) present their nine pieces. Stephan Keller (keyboards) is heavily involved in the production too which mirrors the tour motto "One for All". Each individual contributes to the great success of The Busters and this CD. Living, positive band culture.

The whole thing is a reason to look forward to the upcoming winter tour "One for All" which starts on 27th of December 2019. As the enjoyment of listening to the Band playing live increases and the dance leg inevitably comes to his use. "Party on!" instead of winter blues. I look out the window and the warming sun shines through the thinning clouds. 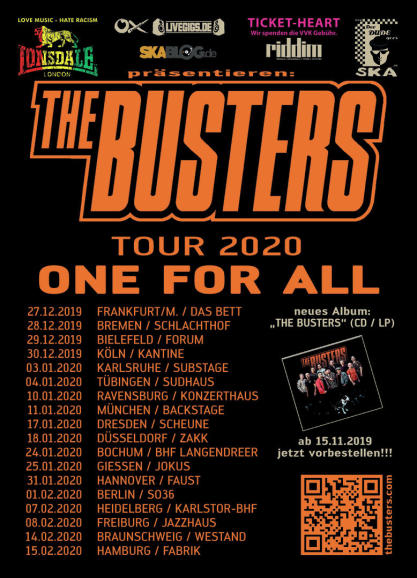